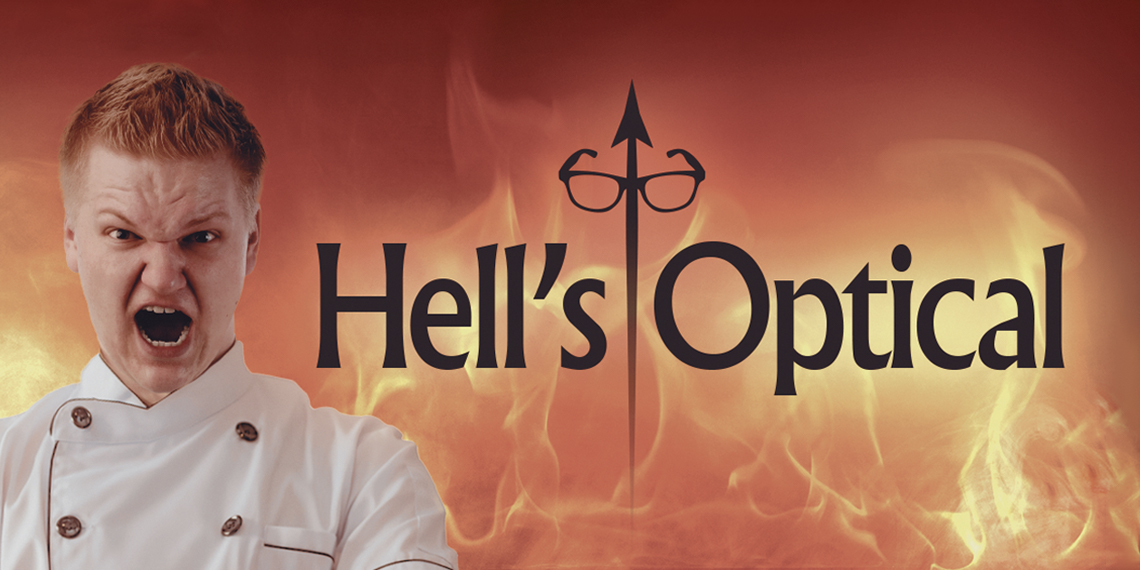 Do you have an optical nightmare?

Gordon strode through the front door just before noon. The first thing that he noticed was the unmistakable odor of tuna. This was not the welcome scent of a freshly seared sesame-crusted tuna steak. Of course it wasn’t. Rather, the stench that was currently assailing his nostrils was more of the canned variety. Perhaps even the canned and then left out in the sun for a week variety. It was hard to ignore, especially when it was the first thing that greeted him through the door.

nfortunately, even when the rest of his senses caught up with Gordon’s sense of smell, he had no further greeting from anyone - or anything-else. The front desk was unmanned, and the reception area empty, save for Gordon and the lingering stench. If it weren’t for the fact that the lights were on and the door unlocked, he would have thought he came on a day they were closed.

Gordon tossed out a single word, almost trying to see if it would be able to make any progress through the sheer magnitude of the permeating miasma of tuna, “Hello?”.

Almost immediately, the sound of a chair scraping and footsteps rang out, and a short, yet round man seemed to almost pull himself around the door frame behind the reception desk. “Can’t you read?” the man made a gesture towards the front door, but Gordon wasn’t exactly sure to what, “I’m sorry?”

“We are closed from noon to one for lunch. You’ll have to come back.”

“It’s 11:45?” Gordon hadn’t intended for this to sound like a question, but it most certainly did. He was having a hard time processing exactly what the heck was going on, and whether or not someone else was hiding in the back of the office, having a really good laugh at his expense.

The man in the doorway made an audible harumph and picked up a small clock from the desk in front of him, “It’s eleven FIFTY one,” he said, stressing the way he said fifty in some apparently effort to make it sound like that mere act of pronunciation made him more justified. “You’ll have to come back after one o’clock.”

The little man turned and the the door behind the desk clicked shut before Gordon could say another word. He just stood there for several long moments, trying to find at least some kind of justification - some kind of confluence of events - that even began to explain exactly what just happened. Just then he heard two voices in the hallway coming towards him.

The voices stopped abruptly as the two women that were conversing entered the main reception area and they saw Gordon standing there, looking a little bewildered. “Gordon, you’re here!” the taller one of them exclaimed, apparently already knowing who he was and why he was there. Her excitement was short-lived, however, “Oh, crap. Did you just meet Bob?” Gordon took a moment to process everything so far. “If Bob was the cheerful gentleman in the little office there, then yes, I believe I have had the distinct pleasure.” Gordon tried to smile, and brush off his near-Bob experience. “I think I have an idea already of why I’m here. But I think I need to see how you do things. First things first, however, which one of you is in charge?” Both of the women looked at him for a long, quiet moment, before both sets of eyes wandered over to the door behind the desk. “Bloody hell.” Gordon whispered to himself, “Let’s get to work then.”

ater that afternoon - after one o’clock - it was time to get down to business. Gordon wanted to see first hand how this optical shop functioned, so what better way to see that than pick out a pair of eyewear for himself? Michelle, the slightly taller woman that had greeted him initially, typed a code into a door lock and opened a door off of the waiting room, revealing where all of their frames were displayed. “Why are they all locked up back here where people can’t easily browse what you have?” Gordon asked, starting to look around the room. “Oh, Bob doesn’t like that. He doesn’t want anything to go missing.” She seemed to recite the answer in a way that she knew what Gordon was going to ask next, “Is that a big problem you have here?” She shook her head, “No, never.” She walked across the room and sat behind a small table that had a mirror on it. “Go ahead and pick something out, just let me know when you are ready.” Gordon paused a moment. “You mean you aren’t going to suggest anything?” She shook her head again, “Oh no, the customer has to pick out what they want, we don’t want to be pushy. Bob doesn’t like that.” Gordon pursed his lips, then decided to just continue looking around at what frames they had to offer. He was already sensing a pattern here. “You have a very…interesting frame selection,” he was picking through some of the more hideous styles, trying to figure out who would ever make some of these, “Oh, they are mostly close-out frames, or discontinued styles. Bob says they are too expensive otherwise,” was the answer that Gordon received from across the room. I’m not surprised, he thought to himself, inspecting a sign that said Hand-Made Eyewear, and wondering what frames the signs was supposed to be describing. “Does Bob actually sell these?” Gordon asked as if he didn’t already know what the answer was, “No, he mostly stays in his office,” she paused a moment, then added, “if we are lucky.” 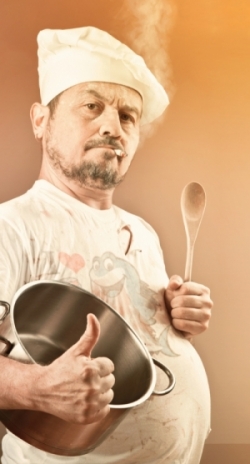 s Gordon spent a little bit of time trying to figure out exactly what kind of logic was behind how the frames in the store were arranged, a customer came in. He went to discuss something with Michelle, which Gordon wasn’t exactly paying too much attention to at first, but quickly got very interested in. “Since my son doesn’t need glasses, can I just use his insurance benefit to get a pair of sunglasses for myself?” Not that Gordon hadn’t heard this before, of course, people tried it all the time. He’d done his fair share of explaining about this many times before. That is probably the most likely reason Gordon did a double-take when he heard the words, “Of course, sir!” come out of her mouth. He was taken aback, but quickly waved her over to him, “I’m sorry to interrupt, but did you just…” he paused, and took a breath, “…can we have a word for a moment?”

A moment later, they were in a small office. Gordon turned to her as the door closed, “You know that’s insurance fraud, right?” She seemed surprised, “But Bob said…” He cut her off, “I don’t give a damn what Bob might have said - you can’t do that. I’m here to fix things, and you need to listen. Doing things like that is not only bad news for your business, but it’s bad news for you.” He knew it wasn’t really her fault, but she needed to understand that some things here were serious. “But…” she started, but he didn’t let her finish. “It’s fraud. It’s BLOODY LAW. Do you get that? Not just questionable, but straight up fraud. So you need to go out there, and explain nicely to that gentleman that no, you won’t help him do anything illegal.” She still seemed to hesitate, until Gordon added, “I think it’s time I speak with Bob.”

ordon knocked on the door to the office, then stood back and crossed his arms, waiting for a response. After hearing the scraping of a chair on the floor, and a few labored steps, the door opened. “You again?” Bob greeted Gordon, “What do you want.” Gordon held himself back. He wanted to at least get through an initial explanation before telling this person exactly what kind of an idiot he really is. “I’m Gordon - your staff asked me to come here because your business needs help. I’ve only been here a few hours, and there is A LOT of things that you need to change if you want to actually be successful.” Bob looked flustered, obviously not used to being told that he was wrong. “Now, see here, I am very successful,” Gordon broke in, “No, you’re an idiot, and you need to fix what you’re doing right now. If you were successful, I wouldn’t be here. I’ve already seen things here that should get you shut down, if not in court as well. So maybe you should just back off and listen to the guy that knows what the hell he’s doing.”

That seemed to do the trick. Bob seemed to back down, though Gordon wasn’t sure if it was because he agreed he needed help, or didn’t think he’d get called out on his less-than-ethical practices. “Good. Now that I have your attention, maybe we can do some real work?”