The parts your business needs to look good.

Most people, upon hearing the kind of effort people will put into a costume, will be at least slightly taken aback, since it can be a ridiculous amount of time. Of course, it’s hard to deny the results. You can tell without even asking them that they put a lot of effort into it, and that they really care about what they are doing. They don’t seem to have skimped on anything, which is very important in conveying their whole image. For example, if you only put effort into one piece (like our poser-in-goggles down there in the corner), it just looks wrong. You tried, which is great, but ultimately the message didn’t really get through, and what did get through was not what you wanted to convey. Every piece is separate, but they all work together to produce a result. The worst part about this is that people may not even notice if you do something right, but they will definitely notice if you do it poorly, or don’t do it at all. You need all of the pieces in place to convey the right message, whether that message happens to be “I have way too much free time on my hands”, or if the message is (somewhat more appropriately) “this is the best optical shop in town”. 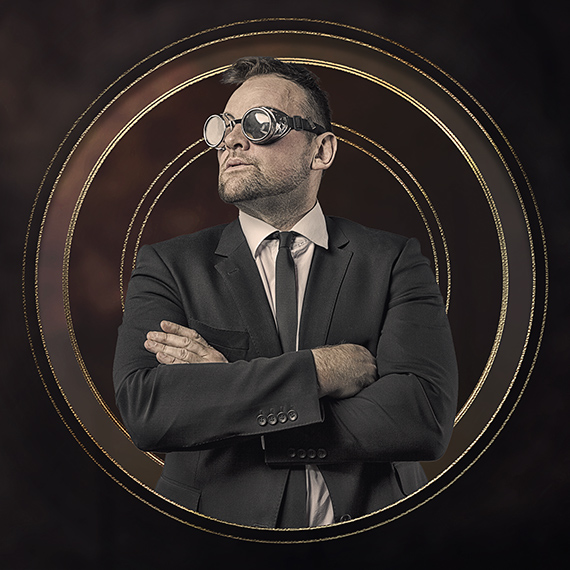 Before we get into the nuts and bolts – or, even, cogs and more cogs – I should probably note that, obviously, this isn’t always a ‘requirement’. There are plenty of people that have never and will never do most of the things that we talk about. That’s fine. Even the kid that spent five minutes making a costume is going to get candy when he goes trick-or-treating. If you want people to remember you, and to be impressed, then going that extra step in presenting yourself really makes a difference. The other imposing thing is thinking that you need to do all of it at once. As with anything, the more you can do the better, but it can also be broken down into smaller chunks that makes getting things done a little easier. One piece at a time, and we can help build the perfect costume.

The whole idea behind branding is to be able to convey one unified message. It’s about keeping everything consistent, so that way people don’t get confused about who you are or what, exactly, it is that you do. The unfortunate thing about this is that it can take some effort to set up, as it’s like a bunch of cogs in a machine that work together. Just doing one or two things can make you seem incomplete, and everything feeds together and builds on each other.

What Does That Thing Do?

So, sometimes in marketing yourself out, you need something a little…odd? Something that’s going to grab people and draw them in. Sort of like putting someone in a steampunk costume on the front of an optical magazine. It’s not something you expect, so it at the very least got you to pick up that magazine. The best part about me stating that, of course, it that you had to have picked up the magazine, otherwise you wouldn’t be reading this right now.

At any rate, the point is that sometimes gentle, corporate, and safe isn’t what’s going to work. All of that comes down to how you want to present yourself in your particular market. Since we at opt tend to go against the grain, we’re weird. But it’s also something that people take notice of, and it seems to be working out okay. That’s the main reason you need to consider all of this, since we’re living proof that ‘branding’ doesn’t have to be boring.

That Cost HOW MUCH?

So when you look at the cost of some things, they can seem expensive. Sometimes they aren’t so expensive, but you really do need to be careful when considering how you spend when it comes to things such as logo designs, marketing, and similar things. You often times get what you pay for. Much like a costume, people can just tell when it was done on the cheap. That’s not to say you should overpay for anything, but you really need to weigh the long term effects on the appearance of your business if you want to cheap out and get your nephew to make your logo.

To equate this to the optical world, it’s much like when a patient picks out a pair of glasses, then proceeds to tell you that at FloorMart they only cost $X. After a small, internal sigh, you then explain to them that you aren’t a large chain store, and that you don’t compete at that level because you need to be able to give your patients the service and personal attention that they deserve. This holds true in both costumes and branding as well – you can always find a quality level commensurate to what you want to pay for.

By this point, I’m sure it’s been beaten to death that ‘social media good’. Trying to understand why it’s good is something completely different, of course. This outlet truly is unique, especially in an industry like ours where we can have very large gaps of times in between patient encounters. Social media is an opportunity to keep a dialogue open with the patient in between seeing them, so that way they don’t forget about you. Not only that, it can be a very gentle way to remind them of new products and services that you have in a gradual manner. When they are physically in your office, part of the problem can be finding the right product for the patient without sounding like you’re trying to sell them a used car. There are, for good or bad, quite a lot of options when it comes to eyeglasses, both in terms of frames and lens technology. Social media makes it possible for you to plant seeds of interest in your patient’s mind about a product that they might not even know you offered. This can be especially true for task-specific eyewear, or anti-fatigue lenses. Just imagine it: as the patient is sitting on facebook, they happen to notice your business mention something about how they can get lenses to help with eye strain and neck ache. They quickly realize they are suffering from that right now and should probably see what they can do to help relieve it. 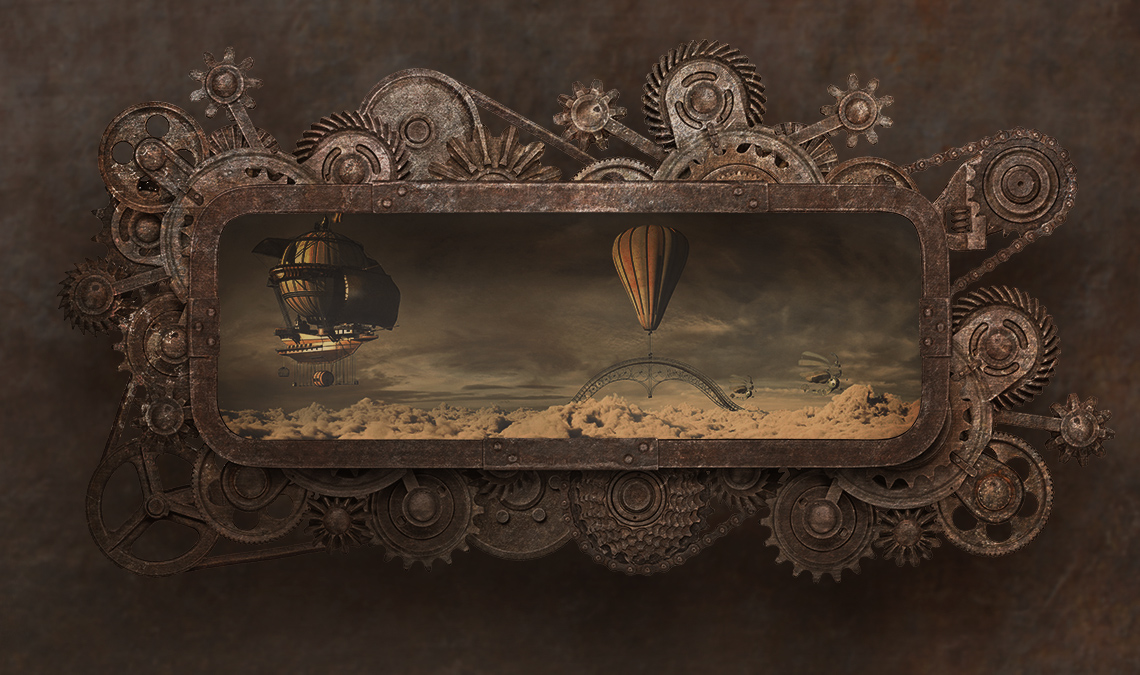 Where did you get that?

When you see some awesome costume accessory that someone is sporting, you (naturally) just have to know where they got it. The answer, to your inevitable disappointment, is that ‘I made it myself’. The fact that the item was a custom handmade one-of-a-kind makes it even more awesome. It’s not just something that was an off-the-shelf bargain special in any old supermarket. People like having things that are ‘better’ and ‘different’. Now, don’t get me wrong – getting them to pay for it can be another issue entirely. That doesn’t mean they don’t want it. Similarly with eyewear, the same thing holds true when it comes to the products that you offer to your patients. If you can give them the new, the unique, or the thing they didn’t know they needed, that puts you one up on the ‘other guy’. 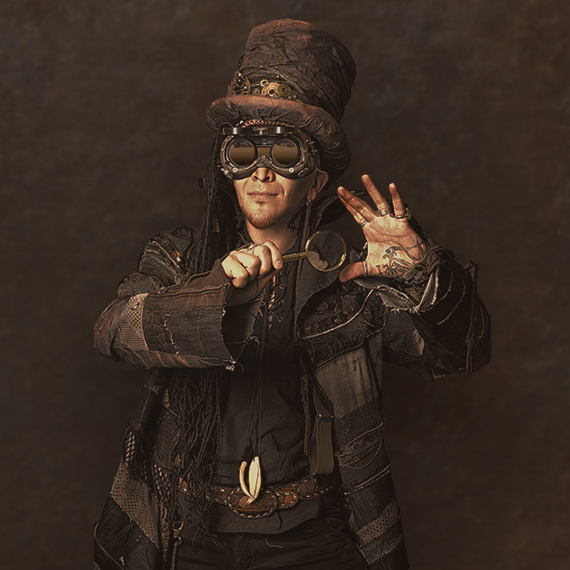 Being able to offer a better range of products than that other guy is a major edge that independent shops have – the ability to more quickly adopt new and unique products for their customers. When it comes to eyewear, the most obvious place to start is frames. Are the frames you offer any better or different than what they can get anywhere else? With how subjective and fickle fashions can be, trying to have frames that ‘look better’ can be difficult. You also need to be able to focus on the quality of them as well. There’s also your choice of lenses and the different options you offer there. Are your progressive lenses any better than other ones? Do you offer photochromic lenses that are faster than other lenses?  Can you put your patient in something that will help them more easily see when they are doing their hobby? Maybe make their high Rx look great? These are all posed as questions as, unlike seeing a costume, they aren’t obvious to the patient. They don’t know what you can do, or what the differences between all of these are. That’s why it comes down to you to be able to have the conversation with them to illustrate all of the products that you have so that they stand out against the drab offerings of other places to really make your practice ‘pop’.

These are some of your main components of the optical market in the years to come. Much as happened with pharmacies, optical shops are facing more and more competition from the chain and online sectors. There’s no reason that you can’t compete with them when it comes to showing your good side to your customers. You have more of a reason to make yourself successful than the guy working in the big-box optical up the road. It’s up to you to take pride in how you present yourself, your image, and everything else.