You are here: Home / FEATURED! / Just what I needed… another magazine

Yes, that’s right, it’s another optical magazine with a three­-letter title. I’m sure you’ve been waiting for another one to come out, so here we are. When looking at all of the magazines currently available, none of them really fit what I wanted to see, so I went ahead and decided to  do it myself. Thus, we have opt magazine. That’s ‘opt’, not oh­-pee­-tee. As in, “The optimistic  optician opts to optimize optics”. And yes, it’s supposed to be lower case. That alone makes this magazine twice as cool as anything else available. 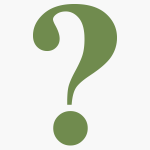 Now with that said, we come to the question of ‘Why?’. Simply saying “Because” is insufficient for my daughter, so I’m going to assume that I won’t get away with that here, either. The real answer to why this magazine was created is to bring more useful information to the hands of the industry. With a large number of publications being offered today, there are a number of issues that I want to fix. Specifically, the sheer number of advertisements, and the content that’s  available. 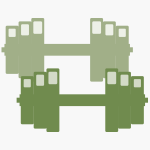 Ads do nothing more than steal your time, forcing you to look at products that you really don’t otherwise care about. I know after binge­-watching Orange is the New Black on Netflix, trying to watch anything on normal, commercial-laden television is like a slap in the face. Why should a magazine be any different? Now, don’t get me wrong, I don’t have a problem with advertising, but there really needs to be a line between what is acceptable and what is not. If I see more than a half dozen ads before I get to the table of contents of your magazine, you’re doing it wrong. That’s what happens when the main focus of your magazine isn’t your readers, but your advertisers. I want to change that.

As you look through this magazine, you’ll see some ads. I am keeping control over both the quantity and quality of these to make sure there’s not an unreasonable amount of them. When I was catching up with The Expanse, it was through ‘on-demand’ television, since I had forgotten to DVR it. This had commercials, yes. But each ‘commercial break’ was only a single commercial. If the ad break is so short that it’s not even worth it for me to get my phone out to check email, then that I can live with.
I also mentioned about ad quality. I know I’ve seen plenty of ads that just look, quite honestly, bad. I can only assume that the ads were made by the boss’s kid, and nobody would stand up and tell them how much it sucked. Much like the trainwreck TV with the auditions for talent ­based shows, you can tell which people have always been told how great they are, only to embarrass themselves on national television with an absolutely terrible performance. Anything that we do needs to be of a certain level, or it doesn’t get printed. It’s about standards. 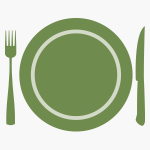 The other thing that I have a problem with is magazine content. It seems like the vast  majority of people that do the writing aren’t really that familiar with what they are writing about. It’s not their fault, as many writers simply get an assignment to write about some “new thing”, and go ask people what it is. They aren’t optical people, they are writers. They don’t really know  or care about fitting patients, or what the latest trends are,         they just want to get their article written.

I feel this leads to a lot of magazine content that tends to be high­ level, and not terribly useful. I really don’t want to read another article about how awesome freeform is. I want to know, specifically, why it’s better and in what cases it might not be useful. I want the nitty gritty details of how lenses work, because I want to make myself a better professional. We need to go deeper. I want to be able to bring the details of how stuff works, and what’s useful to my readers. I want to make it so that not only do you understand how this stuff works, but also  make it so that you can explain it so that your customers can understand it. Education is paramount, as the more you can impart to your customers, the greater the perceived value of  your practice. This helps make it less likely that they decide to go buy online, as they feel that  you can give them something more than just ‘a pair of glasses’.

Much to Learn You Still Have 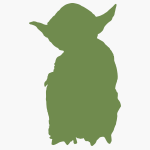 At the rate technology changes in the industry, we are all still learning. New lenses, coatings, materials, and whatever else seem like they arrive on an almost monthly basis. These incremental news bits might be manageable for those of us already in the industry, but how does someone new catch up with all of the latest technology? Schools aren’t usually able to adapt their curriculum to incorporate the latest technologies, so how can students keep up with everything? This is one reason that I also want to have a focus on current and recently graduated students and schools. I want to see what they want to learn about, and make it easier  for them to get comfortable with the industry as a whole. The optical industry is fairly small, and I’m sure that whoever our Kevin Bacon is, you’d get to him in fewer than six degrees of separation.

That said, I want to give everyone else in the industry a better idea of what new students are learning about and experiencing in the various universities across the country. Since most magazines are focused on keeping their advertisers happy, they don’t need to bother with students. They aren’t spending money on frames, equipment, and lenses while they’re in school, so why bother with them?

So anyway, that’s the plan. Rule the world. Or, at least, to give you useful information that doesn’t suck. I should probably start with that, then focus on the world domination after I’ve perfected my evil laugh.