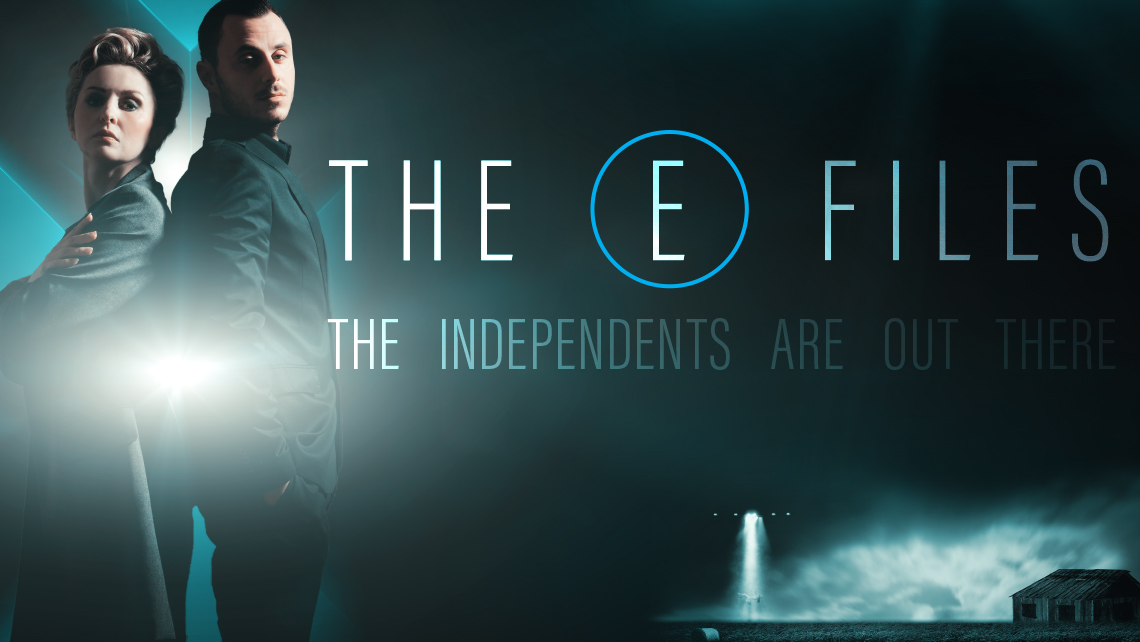 “Backorder? What do you mean, ‘backorder’?”, Molder shouted into the phone, somewhat exasperated, “Fine, just switch it to that. I need this in my hands tomorrow.” He hung up the phone, missing the days when he could at least get the satisfaction of slamming down the receiver. “Problem?” Skulli asked, as she finished piling up job trays.“

“That was our lab. They said that they don’t have our usual progressive lens in stock, and it’s on backorder for two weeks. So if we want the job tomorrow, we have to use their BigOptiLux lens. Or we wait.” He sighed, looking for the job tray in question to make a note in it. “But Molder, aren’t those twice as expensive?” Molder snorted, “Closer to three times, actually, but what are we going to do about it? That’s what they told me. What, do you think this is some kind of conspiracy to get us to use their BigOptiLux lenses?” He had a small chuckle, then he stopped abruptly.

The pair looked at each other, coming to some kind of mutual enlightenment. “Molder, no…” Skulli began, knowing where this was going. “Oh, yes, that’s exactly it Skulli. They just want us to think the lenses are on backorder. But I’m sure the lenses are out there!” Skulli shook her head. “You need proof of something like this, you know. And, why would they do something like that?” Molder seemed excited. Way too excited, actually. It had been a slow day. This was more entertaining than re-arranging frame boards, at least. “Go back and check the orders for the past few months. We mark when we have to switch lenses, so let’s see if there’s any kind of pattern.”

Some time passes. Molder spends it talking with customers, handling incoming orders, and the general day-to-day. He doesn’t really do much to help the investigation, but at least the customers seem to like him. Skulli spends countless hours researching old invoices, dissecting billing statements, and reviewing order changes. After a number of hours, she is finally able to get a few clues about their order history.

“Well, I think you might be onto something, Molder.” Skulli told him while she applied a band-aid to one of her multiple paper cuts. It seems like over the past two years, we’ve had a 45% increase in the number of backorders on lenses. Molder thought this over, “Anything more than that? It could just mean we’re ordering unusual stuff.”

Skulli reached into a manilla folder and produced a very detailed-looked spreadsheet. Molder should have know there was going to be more. “If you look here,” Skulli began, “it starts with a few odd things here and there. High index polarized. A few photochromics…” she flipped the page, “But then about ten months ago, it got even worse. Core product is being ‘backordered’. Plastic? Clear polycarbonate? On Backorder? Come on.” She pointed to a column at the end of the sheet, “And here, it’s never their BigOptiLux lenses that are backordered. It’s always something else. And then we get switched into that. If that’s not a pattern, I don’t know what is.”

Molder sat back in a chair, interlacing his fingers behind his head, “Skulli, do you know what this could mean? It means that Big Optical has infiltrated our independent lab. They just have this fake cover story about being ‘independent’ so people will fall for it. But now we know the truth – but how long has this been going on? We need to know more. We need to know if they’ve been compromised, and how badly. Our business relies on them too heavily for us not to know what their interests are.” Skulli sighed. She knew this meant she had more work to do. Work that, strictly speaking, wasn’t even part of her job or something that she should even be doing.

Skulli was back to work, trying to figure out if something happened a few years ago that would help explain where the changes came from. It seemed odd for it to come out of nowhere – and surely, if there was something major that happened – they should know about it. Shouldn’t they? While she diligently sifted through information, Molder was dealing with a very difficult customer. Apparently this one wouldn’t be told ‘no’, and didn’t understand that you weren’t allowed to smoke in the office. After some convincing, Molder was able to lead the smoking man outside.

It wasn’t really easy to find too much information, unfortunately. Phone calls yielded very little – mostly vague non-answers and voicemails that don’t get returned. Turning to social media, however, Skulli was able to get some more direct answers from her peers. After asking about the lab in question, she got a slew of responses. Some of them seemed to be in the same boat – seeing strange patterns, but not really sure what was going on, or why it was happening. Then came the big break. Someone posted a link to an old snippet from a trade magazine. Buried at the bottom was a small few sentences that confirmed their worst fears. “Molder. Get over here. Now.” She printed out the article and handed it to him.

“Molder….it’s….it’s worse than we feared,” Skulli said, “I just found this press release. It was buried beneath a whole bunch of other news stories… the lab… they were acquired by Big Optical.” He paused, holding his phone in a trembling hand, “I knew it!,” Molder exclaimed, a satisfied smile forming on his lips “They were probably switching these products over to make Big Optical happy so that they’d have a nice, fat buy-out. Well if they were just purchased, then….“ Skulli cut him off. “No, Molder…this press release….it’s dated FIVE years ago.” Molder paused, his smile fading, “But, Skulli, then that means…” he paused, trying to re-arrange the truth of the situation in his brain, “…they’ve been Big Optical this whole time.”